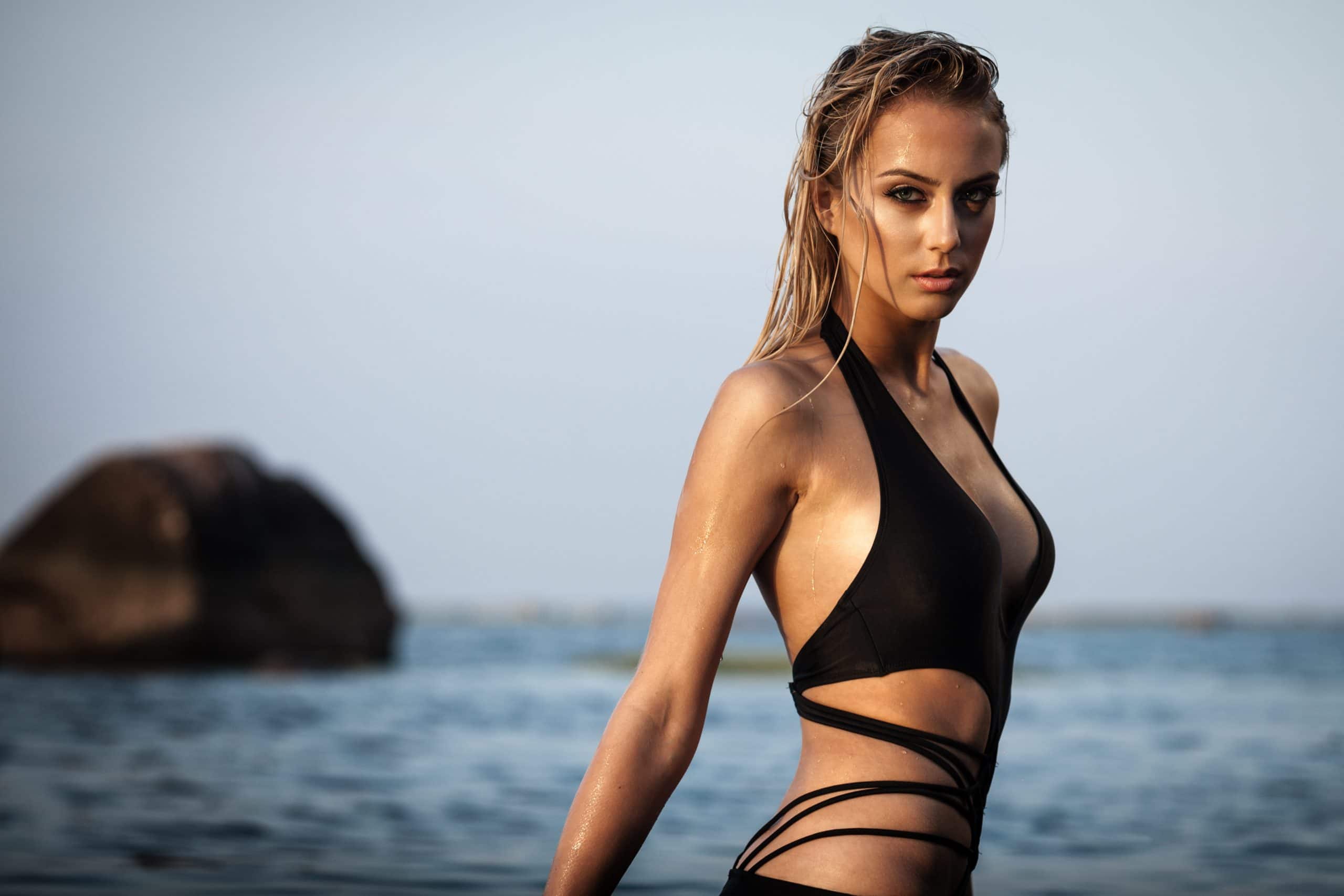 Meet the woman who launched one of the first laser hair removal clinics in Australia 15 years ago, and find out what how she’s staying “ahead of the game” now. 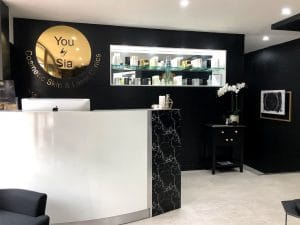 Sia Hendry opened the doors to one of Australia’s first laser hair removal clinics – Laser By Sia – in Sydney in 2005.

“I was literally the third laser hair removal clinic to open in Sydney,” she says proudly.

“I put laser hair removal and Candela on the map.”

It’s hard to believe now, but laser hair removal was a very new, very expensive and somewhat ‘risky’ treatment that the majority of Australians never even knew existed.

Sia was however confident that demand for the service would grow as an increasing number of women (and men) became aware that it was available “and that it worked”.

She was proved correct.

Demand at Sia’s Bondi Junction clinic grew rapidly, and she opened another three laser hair removal clinics (in the Sydney CBD, St Ives and Castle Hill) in quick succession to meet it.

Sia, who learnt to operate a hair removal laser three years earlier while working as a ‘laser assistant’ at a medical centre, was pleased with her success but realised that she would have to change her business if she wanted it to continue to thrive. 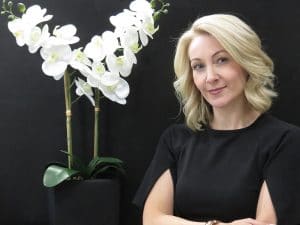 “A lot of other laser hair removal clinics were moving into the market,” she explains.

“I didn’t want to have all my eggs in one basket, but I didn’t know what to do.

“Many of my clients would ask me for advice about their skin but, although skin was my big passion, I didn’t move into skincare until one particular client came in for a consultation.

“The woman, who was in her 60s but looked about 80, just sat on the edge of the treatment bed and asked me in despair ‘What happened to me?’

“I was so shocked and at first didn’t know what she was talking about, but then she went on and said ‘What happened to my skin? I’ve had all these treatments and used all these products…’

“I remember looking at her, and I couldn’t say anything. I was devastated for her. She was a well-presented woman who had taken care of herself.

“She had done all ‘the right things’ the industry was telling her to do [in regard to products and treatments] and yet her skin looked terrible.

“It was a really pivotal moment for me. I decided then and there that something was wrong in the beauty industry.

“I vowed to help her, and other women like her, and almost immediately started learning everything I could about skincare.”

In dramatic contrast to most aesthetic clinics at the time, and now, You By Sia was built on the philosophy that many aesthetic treatments, particularly “harsh chemical peels and excessive exfoliation’, do more harm than good.

“Basically, the industry focuses on superficially improving the top layer of the skin,” says Sia.

“They do everything they can to rip off the top layer of the skin because then the client is happy as their skin instantly looks younger and smoother, but the skin only looks better for a short while.

“In a few weeks it returns to what it was like before, or even worse, so the client has to go back for more treatments.”

Sia is adamant that “removing the top layer” like this ultimately “ruins the skin”.

“Every time we remove the top layer, we put the skin into a state of havoc and accelerate the ageing process,” she explains.

“Yes, the damage triggers cell regeneration because the skin has to put back the top layer on to protect itself, but it doesn’t have the four weeks it needs to beautifully layer all the cells, so it just spits out hard, fibrous tissues to fix it as quickly as possible…

“This is why the skin ends up looking worse than it did before and why I refuse to ever damage the top layer of my clients’ skin.”

Sia treats the skin’s “deepest layers to achieve longterm change in all of it” with her own Clinicals skincare range which she developed after trialling numerous skincare brands on herself and her clients.

“I was quite happy with some of the products until I looked at my skin under an imaging device and saw how red and inflamed it was.”

“I knew there had to be a better option as inflamed skin is not healthy skin.”

It took Sia and her chemist three years to create that “better option” as she meticulously tested all 13 products in the range, “formulated with hydrators, antioxidants and lipids” on herself and her clients.

“I have now tested all the products on hundreds of clients as I take before-after-photos of their skin before they start using them and then two weeks later.

“These real-life ‘case-studies’ prove my products work time and time again – that’s why I can confidently guarantee my clients they will see results, without harming their skin, in just two weeks.

“I know this is a pretty extraordinary claim, but it’s true. The client will be able to look in the mirror in two weeks and won’t have to ask themselves ‘Is it working?’.

Today Sia splits her time between her two You By Sia clinics, in Bondi Junction and one in the city CBD.

Despite her refusal to treat clients with many of today’s most popular aesthetic treatments, Sia has no problems attracting clients to either clinic.

“The client that comes to me is the client who doesn’t want to go down the typical injectables and cosmetic surgery path,” she says.

“I’m here to provide women with an alternative to what is now considered ‘normal’.

“It’s certainly not normal for me…

“My clients want to look after their skin for the long term.

“They want to look good without looking distorted

“I’m not saying there’s no place for injectables and surgery, but if you look after your skin properly, you shouldn’t need either until you are in your sixties.”

It seems that the woman who was at the forefront of the brave new world of high-tech aesthetics in Australia is cautious about some of the current ‘trends’ in the industry and prefers to live by the maxim “first, do no harm’.

“I am not scared to stand out in the crowd,” she says.

“I am not a follower.

“I aways want to be ahead of the game.

“I don’t really care what my competitors are doing because I’m too focused on doing what I’m doing and helping my clients.

“I have clients that been coming to me for 15 years, and they look younger now than they did when they started.” 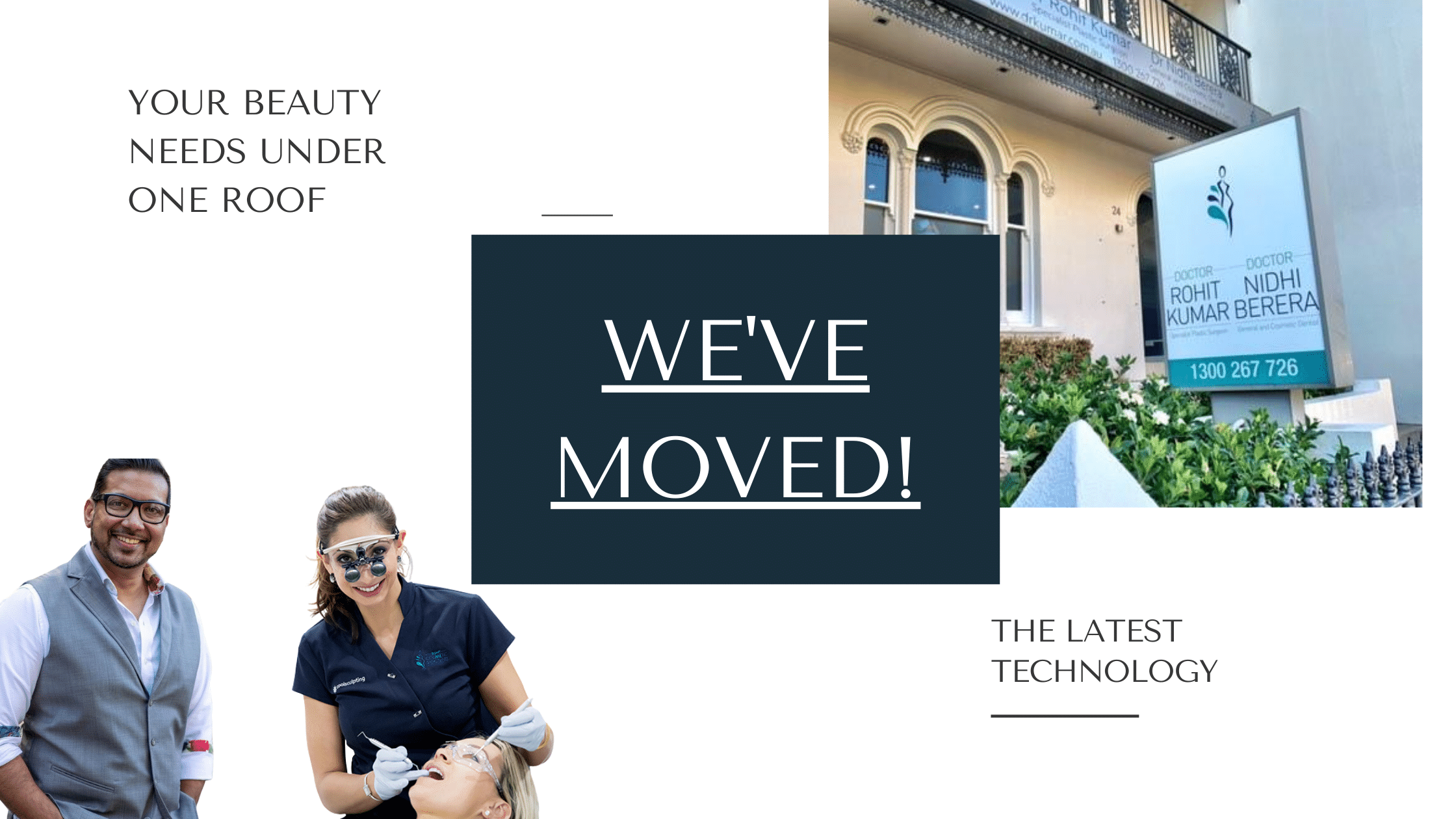 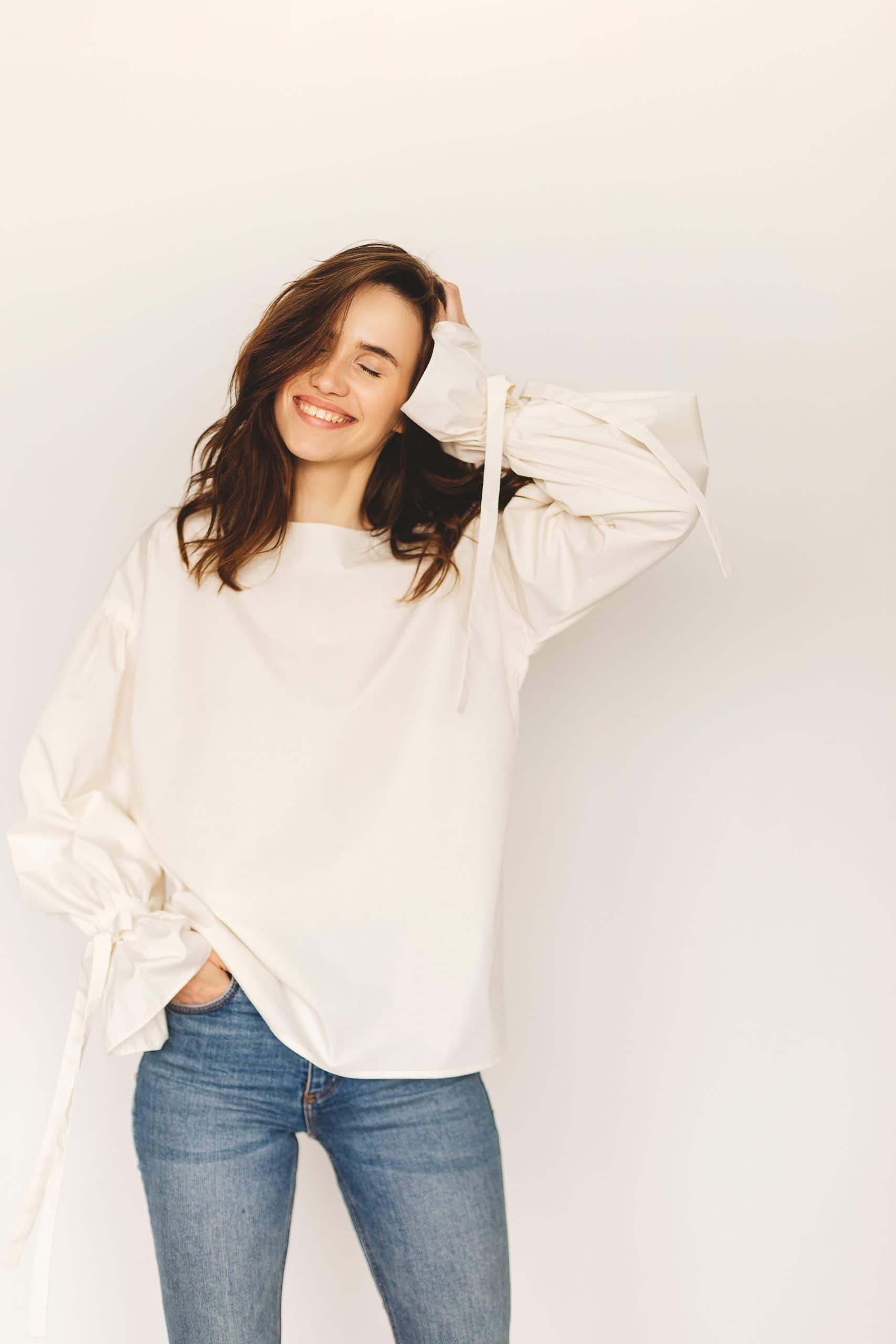 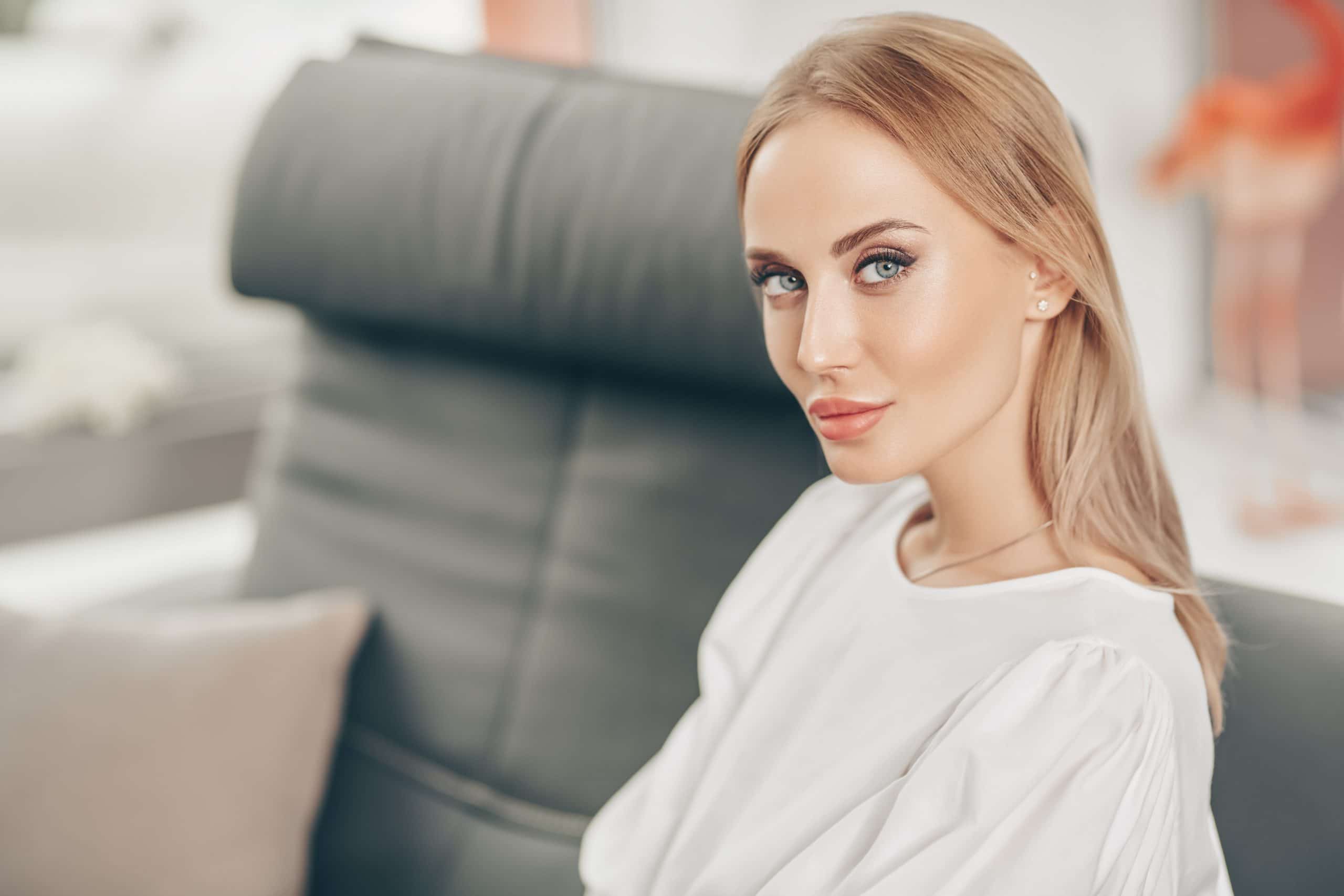 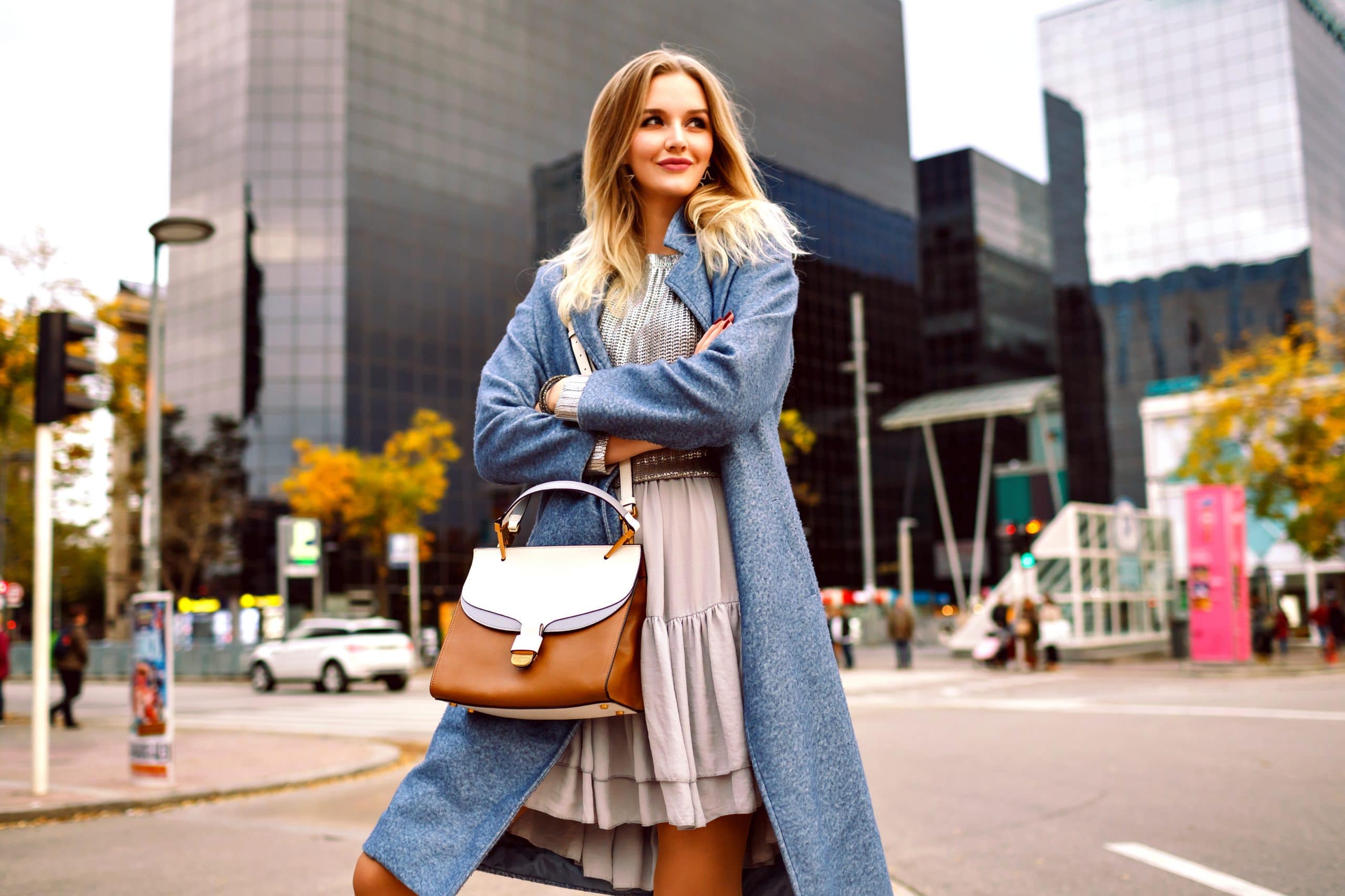